Showing posts from January, 2011
Show all

To know more about the material testing, NDT inspection services, training & certification courses offered by us visit: www.trinityndt.com or call +91 99009 29439 or email us.

Interested candidates for the NDT jobs should forward their detailed Resume through email to: training@trinityndt.com 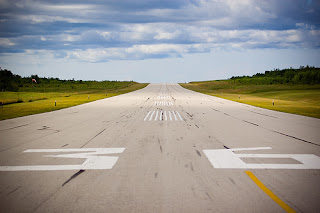 An airport in Tampa, Florida, has had to temporarily close its runways to keep up with Earth's magnetic north pole, which is drifting toward Russia at a rate of 40miles per year.

Fox News Reportsthat the international airport was forced to adjust the signs on its busiest runway Thursday because pilots depend on the magnetic fields to navigate. The runway will be closed until Jan. 13, and will re-open with new taxiway signs that indicate its new location on aviation charts, the Tampa Bay Tribune Reports.


Paul Takemoto, a spokesman for the FAA, says the Earth's magnetic fields are constantly in flux -- but rarely so much so that runway signage needs to be changed. "You want to be absolutely precise in your compass heading," he told Fox. "To make sure the precision is there that we need, you have to make these changes."

"The Earth's poles are changing constantly, and when th…
Read more 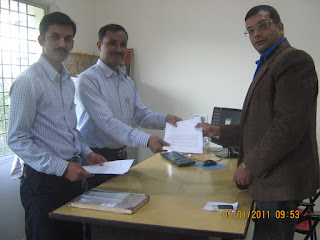 'Trinity Institute of NDT Technology' now expands it's world class training services to Australian Continent. The institute will be conducting training and certification courses as per ASNT recommended practice SNT-TC-1A-2006 at Papua New Guinea, Australia. An MOU was signed on 05th January 2011 by the parties to schedule both Level 1 & 2 certification courses.
For detailed schedules and prospectus email us your training requirements to: training@trinityndt.com or call The Course Director on +91 99009 29439, 98441 29439.
Read more
More posts